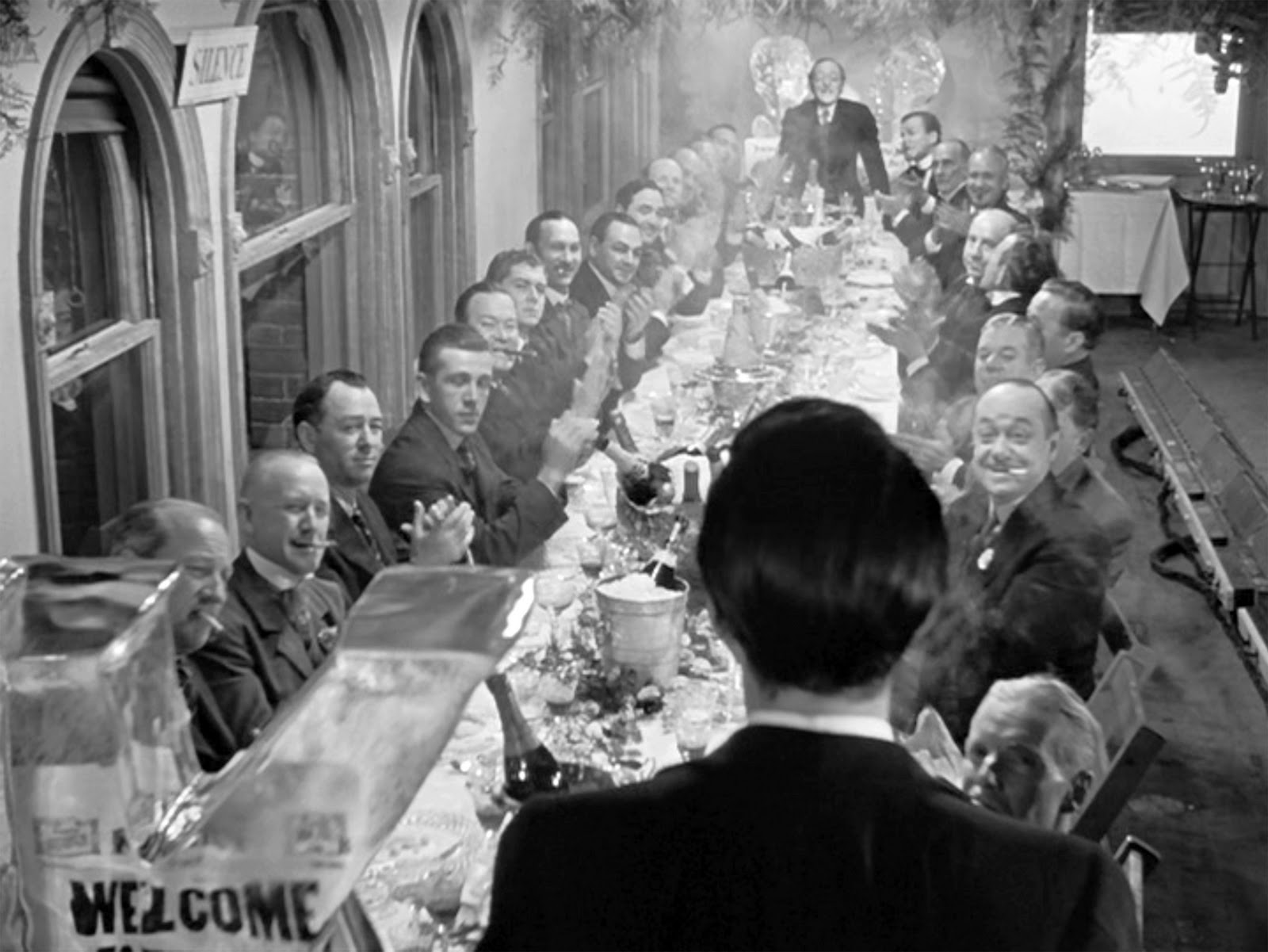 THATCHER: Is this any way to run a newspaper?!

KANE: I don’t know how to run a newspaper, Mr Thatcher. I just try everything I can think of.

It might have been an act of folly for RKO to give Welles complete creative freedom over his first film project at the age of 25. Financially speaking it definitely was, but the world has a lot to thank RKO for, not least in getting the picture released at all. The enormous pressure brought to bear on the studio by William Randolph Hearst, the legendary press baron upon whose extraordinary life the film was based, might easily have buried the film. It is certain that Hearst, on seeing the released picture, would have regretted not having tried harder.

Welles came to the table armed with three aces – veteran Hollywood cinematographer Gregg Toland, co-screenwriter Herman J Mankiewicz and the titanic film composer Bernard Herrmann – and a wild card: Welles’ magnificent theatre troupe the Mercury Players (none of whom had ever acted on film). Welles played his hand to perfection. Every frame of Kane resonates with youthful energy and insolence. Refusing at every turn to take no for an answer, Welles weaves together this ambitiously epic tale of greed and hubris with relentless invention: low-angle shots, split-screen dissolves, deep-focus tableaux, preposterous tracking shots, newsreel pastiche, flashbacks and sound distortions…none of these techniques had ever been deployed with such elan. Far from a simple bravado-laden box of tricks, they all perfectly serve a script whose wit and freshness would have ranked it as a classic had it only ever been played on the radio.

Not content to have revolutionised the way in which films were made (at his first attempt), Welles also played the title role with such luminous virtuosity that it is hard to believe that he was making his screen debut at 25. For Welles, in his debut as director as well, to have taken on a character who ages forty years over the course of the film, ripening from youthful upstart to charismatic politician, until finally rotting into a bald bellicose brute, was an act of such self-confidence that it immediately divided an industry which simply wasn’t ready for such a volcanic talent to emerge so quickly. Love or hate Orson Welles, very few sat on the fence at the time.

Critics seeking to debunk Kane since, have pointed to its supposed lack of emotional resonance, claiming that its technical brilliance masks a lack of any real feeling in its subject matter, beyond a love of the technicity itself. It is ultimately for the viewer to decide whether they engage on an emotional level with the characters, but it should be pointed out that Citizen Kane is primarily a satire and thus takes a necessarily detached approach to its characters. Furthermore its central character is not blessed with typical emotions (though the bookend “Rosebud” hints at something suppressed throughout). It is possible to see, in the strength of Welles and Mankiewicz’s contempt for the values of men such as Hearst/Kane which shines through the film, plenty of emotional resonance, albeit of a loftier kind. In addition, the film’s depiction of Kane’s disastrous second marriage incites pity for Susan Alexander and even for Kane himself on occasions, such as when he stubbornly seeks a curtain call for his wife at the opera whilst the rest of the audience have long since stopped clapping.

Perhaps Citizen Kane is the “Greatest Film of All Time”, perhaps not. But its influence on the medium is unquestionable. Like Shakespeare’s Hamlet to the English language, the language of the Cinema owes much more to Citizen Kane than we might always appreciate. Above all, there are also few “classic” films which are so downright enjoyable to watch. Kane‘s sheer cheekiness and wit are an infectious pleasure. 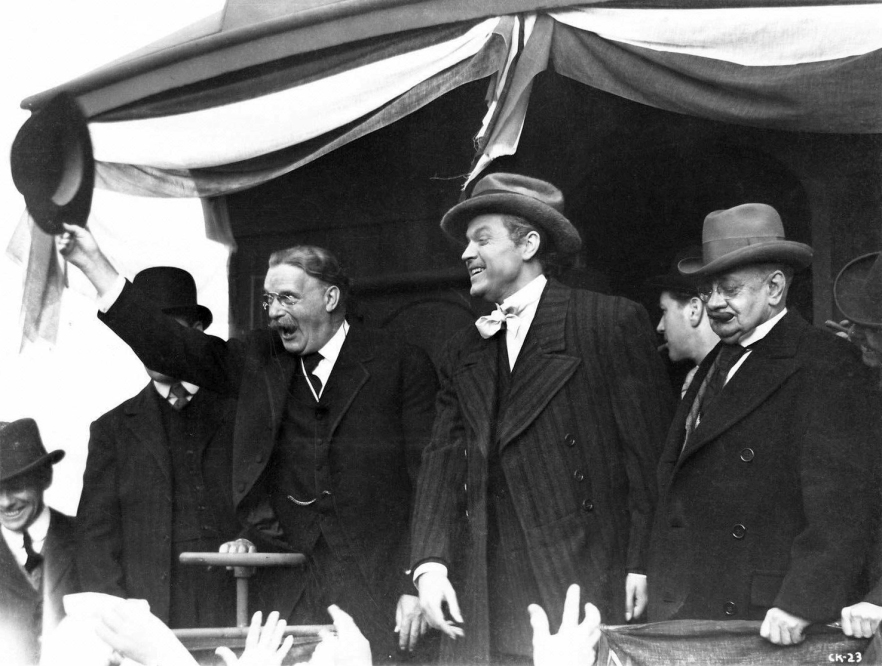 Pauline Kael’s seminal book on the film, Raising Kane, published in 1971, has the dubious distinction of being at once one of the most supportive, and the most destructive, academic texts on the subject. Whilst acknowledging the importance of the film, Kael also seeks to divest Welles of most of the credit, attributing the real “authorship” of the film to Welles’ co-screenwriter Herman J Mankiewicz, and accusing Welles of stealing the limelight. The plain facts are that there is no case to answer. Leaving aside the question of how Kael supposes Mankiewicz helped Welles to light and direct the picture, for such a notable student of Film it seems odd that Kael failed to perceive in all of Welles’ later work the personal hallmarks of his approach to dialogue (borne out of Welles’ considerable radio and theatre work) which were first laid out in Kane to such acclaim. As far as authorship of the screenplay is concerned, it is palpably clear to any student of Welles that whilst most of the plot of Kane is probably Mankiewicz’s, most of the dialogue is clearly Welles’. As Welles’ friend and collaborator Peter Bogdanovich put it, Kael’s book was simply “an attempt to assassinate Orson.”

It is also tempting (for the lazier critics amongst us) to see in Kane a coincidental analogy with Welles’ own life and career, but in the cold light of day this analysis does not stand up very well either. Hearst/Kane was a monstrous egotist who bullied his way through life and alienated all who knew him, whereas Welles was a victim of the resentment of lesser mortals, but was much loved by those with whom he collaborated and hugely respected by European critics and most filmmakers of distinction (he was voted the greatest film-maker ever in a BFI poll of directors), even if not necessarily by the public. But as he himself said, “If it would depend on popularity, Donald Duck and The Muppets would take seats in the senate.”

Furthermore, Charles Foster Kane – a ruthless, artless individual – became extremely rich and successful, whereas Welles might have been famous and, for a few moments at least, powerful, but he was never rich and never successful…his fall from grace started almost from the word go. Kane, for his part, was bitter and lonely when he died, railing at the perceived injustices that had led to his downfall. Welles, on the other hand, was philosophical about the hardships he encountered and whilst his life was filled with regret for missed opportunities, he often made light of his struggles in interviews. His final film “The Other Side of the Wind” completed in 2018, was his first open sideswipe at the business he’d given his life to – and even then it was a mea culpa as well.

Only Welles’ nostalgia in later life for the early days when making films still carried an innocence he later lost and tried to recapture, does his life resonate with Kane’s. Citizen Kane was a financial flop, but a critical success and RKO, buoyed by the cachet of having the boy wonder under contract, ankrolled his second film, The Magnificent Ambersons, ostensibly granting Welles the same measure of control as he had had over Kane. In actual fact, things turned out a little differently. He would never again experience the level of power and freedom he had tasted, aged 25. 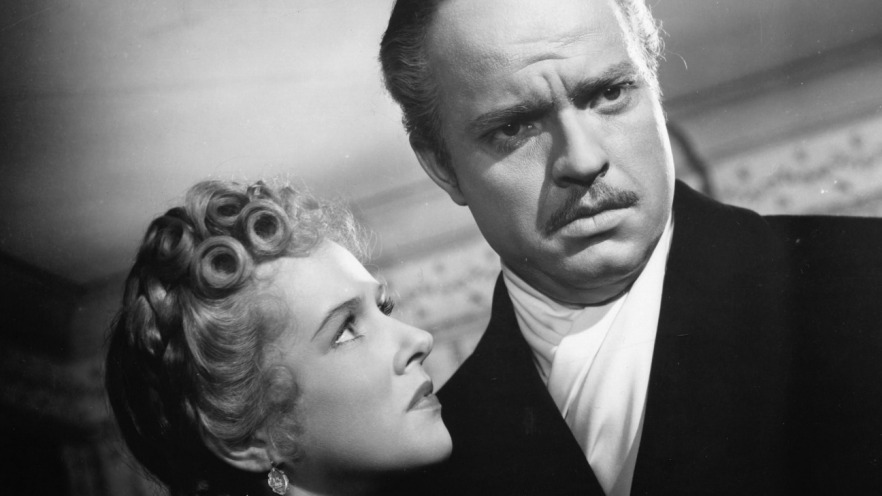